Awards and chronology of plays and dramas by Kevin Fegan for theatre, radio, television, film and video

2011 – Best Play or Film Human Trafficking Foundation for “Slave”. Commissioned & Produced by Feelgood Theatre at The Lowry and national tour.

2005 – Art 05 Award for Outstanding Achievement in the Arts for Quarantine Theatre. I was Writer/Deviser of Quarantine’s  “White Trash” @ Contact Theatre Manchester 2004 and “EatEat” @ Leicester Haymarket Theatre 2003

2004 – Best Special Entertainment, Manchester Evening News Theatre Awards for “Love on the Dole” which I adapted from the novel as a community play for The Lowry.

“Reparation Island”- new play commissioned by Birmingham Hippodrome and The Drive Project, based on interviews with war veterans and their families from the Midlands, performed by the participants, 13th – 15th June

“Bess – the Commoner Queen” at The Guildhall Theatre Derby. Commissioned and funded by First Art in association with Derby Live. One woman show mixing theatre and film about Bess of Hardwick. Written and Produced by Kevin Fegan.

“Down The Line” at Barrow Hill Roundhouse Railway Centre. A site-specific community play featuring the stage debut of the world’s most famous steam loco, “The Flying Scotsman”. Funded by Arts Council Lottery. Written and Produced by Kevin Fegan.

2015-16 “The Shape of Things to Come – Proper Job Theatre. Small-scale touring production. Loosely adapted from the original novel by H.G.Wells.

“When Frankenstein Came To Matlock” –
Play for young people commissioned & produced for the main stage by The Palace Theatre, Mansfield.

2006
“Oh W.O.T. A Lovely War”
Co-written with Andy Farrell as a community play commissioned & produced by The Lowry, Salford. Complete reworking of the original stage play, in the light of the “War On Terror”.

2005
“The Ghosts of Crime Lake”
Play for young people across the diverse cultures of Oldham, commissioned & produced by Oldham Coliseum Theatre for the main stage.

“White Trash”
Writer/Deviser for Quarantine Theatre at Contact Manchester. Devised with 7 unemployed young men from Manchester.
Quarantine were winners of the Art 05 Award for outstanding contribution to the Arts in the North West.

2003
“Get Real”
Mixed media play for young people for the main stage, commissioned & produced by The Grand Theatre Blackpool .

“Get-Up-And-Go”
Commissioned for young people by Warrington Arts at The Millenium Dome, London.

“Engineering for the Family”
stage play for Boilerhouse Theatre, Edinburgh (Commissioned but not produced).

“The Great Drought of Warwick”
site-specific community play for Warwick Castle (Commissioned but not produced).

1987 “Every One A Winner”
Writer & Director for Notts C.C. Acorn Youth Theatre at Edinburgh Fringe and regional Notts tour.

BBC RADIO 4
2007
“In Denial: the Story of Paul Blackburn”
Friday Night Play for B.B.C. Radio 4. Drama-documentary written in verse about a miscarriage of justice case I was involved in for years. Featuring Paul Blackburn as himself.

2002
“The Tuner”
Friday Night Play BBC Radio 4 about an ex-miner who receives a call from a stranger.

1993
“A Dark Corner of Our Democracy”
The Monday Play for BBC Radio 4 (Commissioned but not produced). Drama documentary about miscarriage of justice case, Anthony Alexandrowicz, which I was involved in for years.

1989
“Upon St. George’s Hill”
The Monday Play for BBC Radio 4. Comedy about a group of modern day “diggers” recreating the English Civil War.

1985
“The Joke Shop”
Afternoon Play for BBC Radio 4 about government schemes (YOPS) for the young unemployed.

“George Hussein Obama” VPRO TV Netherlands 2014
Part of the “Siblings” documentary series about Barack Obama’s Kenyan half-brother. I was the Gatekeeper for the documentary setting up the filming with George in the slums of Nairobi and appearing in the documentary.

“The Curious Case of Alex” Granada TV 1991
Gatekeeper/Adviser: Kevin Fegan
Director & Producer: Mike Spencer.
A 30mins Open Eye documentary by Granada Television about miscarriage of justice case, “Alex”. I led a national campaign for his release and harboured Alex while he was on the run from prison to draw attention to his case. The documentary included extracts from my prison play, “Rule 43”.

My work as a playwright & poet has been featured on dozens of television programmes over the years and I have performed on several, including Granada TV’s “Our Big Day” (a 30mins documentary about my adaptation of “Love on the Dole” as a community play for The Lowry), and guest appearances on Granada TV’s “Celebration” programme about Welfare State International’s “Shipyard Tales” in Barrow-in-Furness, the ITV international poetry series “A Word of Mouth” (compared by John Hegley, broadcast on Network ITV in the 90’s) and, more recently, BBC3 “Whine Gums”, a performance poetry series by Baby Cow Productions 2003-04.

“Private Times” 2002
Writer & Co-Producer: Kevin Fegan
Director & Co-Producer: Stephen Trimingham
10 mins short film designed as a taster for a feature film idea, shot on a mix of 35mm and dv, on location at H.M.Prison Grendon with prisoners and actors and a professional crew of 12 over 4 days.
Received a post-production award (£3,500) from North West Vision, South West Arts (£500), Friends of Grendon Prison (£500) and support-in-kind from Panavision (loan of £250,000 worth of equipment).
Showcased at Cannes 2002 by NW Vision. A Lonesome Trail Pictures production (Kevin Fegan & Stephen Trimingham)

“Going to the Match” 2003
Director & Producer: Kevin Fegan
Video Artist: Paul Tovey
Commissioned by The Lowry, Salford Quays.
A 40mins video diary, shot on dv, made with families of Manchester United and City supporters in response to LS Lowry’s famous painting.
Screened in The Lowry Gallery alongside Lowry’s original painting 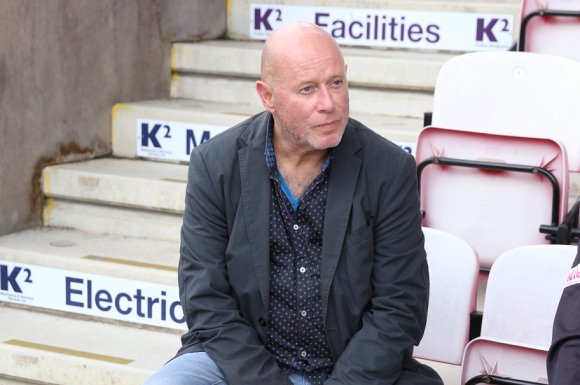