“THE RUCK” – LAWRENCE BATLEY THEATRE AND TOUR OF YORKSHIRE THEATRES

“The Ruck is truly original piece of theatre. It’s great to know there are such wonderful plays like this out there celebrating women in sport. Beautifully written with characters who’s antics are as colourful off the pitch as on. It’s real, honest and funny. These are the kind of women I’d want to spend a night at the theatre with.” (MAXINE PEAKE)

“Something of a highly modern fable that will undoubtedly live on in the minds of those who see it… this collaboration between a wonderful theatre, skilled writer and excellent performers is a real treat and joy to watch. I can’t wait to see where this piece of relevant, enjoyable theatre ends up in the future.” (ONSTAGE)

“Theatre doesn’t get better than this. A world premiere to celebrate Barrow Hill Railway Roundhouse’s re-launch and the first opportunity to see the iconic “Flying Scotsman” in a theatrical production. The play is amazingly powerful, deeply moving and incredibly atmospheric, bringing north Derbyshire’s community heritage and industrial history to life in the best way possible, a beautifully crafted script” (THE DERBYSHIRE TIMES)

“A tour de force, a one-woman show that requires someone capable of holding the audience’s attention throughout. In this Todd succeeds admirably… A striking, outstanding production which is a triumph for both actress Michelle Todd and playwright Kevin Fegan.” (BRITISH THEATRE GUIDE)

“This production deserves to become an award-winner for the way in which it allows the audience to become enveloped in the real world of Bess…The filming all took place at Hardwick Hall earlier in the month and it oozes the atmosphere of the historic surroundings in a way that could never otherwise have been recreated in the theatre.” (ARTSBEAT)

OTHER RECENT PLAYS BY KEVIN FEGAN

“George Obama was in the house to see his life story set on stage…offers a powerful “yes we can” message as any on the U.S. presidential campaign trail… a rallying cry on behalf of the world’s dispossessed… undeniably inspiring… a commanding performance…heart-stopping, high adrenalin…” (THE TELEGRAPH ****)

“Slave is quite possibly one of the most rewarding theatrical journeys you’ll ever make.” (*****MESSENGER)

“Fegan’s drama, commissioned by The Lowry, is an inner-city romance between two lost souls longing for a second chance in life… Noreen Kershaw’s production skilfully integrates the digital elements, created by Manchester production company Lion Eyes TV, into a seamless montage of live and filmed action. But it’s the core components of good writing and fine acting that determine the show’s success…It’s raw, uncompromising stuff, but ultimately Fireflies leaves you with a warm glow.” (****THE GUARDIAN)

“The most unpredictable and innovative voice in British theatre. Fegan has constructed a theatrical framework around the Ecstasy generation.” UBU, EUROPEAN THEATRE MAGAZINE

“Fegan is a poet and playwright with a capacity for sympathetic identification and a taste for tough, complex issues.” THE GUARDIAN

The ethical consequences of virtual reality, in personal and political fields, will be immense. Fegan, a really promising writer, is the first to bring them into the theatre.”

“Memorable play about the drug Ecstasy and the Manchester rave scene”

“Miles better than Rock Around the Clock”

“Black comedy of a kind in which Fegan excels”

“Could not be more timely. Fegan’s idea of a privatised prison that turns out to be owned by two if its long-term inmates is ingenious. So is the use of a prison drama group as a metaphor for the role of the arts in society”

(“Private Times” for The Library Theatre Manchester 1990) THE SUNDAY TIMES

“It’s a lively, funny, serious piece with an emotional poetry of its own”

“A superbly engineered grand-scale piece of special effects theatre which expands the imagination, informs and entertains and lifts the spirit”

“Highly enjoyable piece, the nearest a British audience is likely to get to a homegrown carnival”

“It is a brilliant conceit to insert a living myth into contemporary Irish history. It is above all a bold ambition to put the play into verse, challenging a number of famous Irish ancestors.”

“A significant contribution to the emergence of Irish writing in Britain. Kevin Fegan is a name we will hear much more of in the future”

“An electrifying piece of contemporary theatre. This is the Iron Man for the 90’s”

“Devastating theatre that demands superlatives, I can’t praise it enough”

“This gripping play is comic and dramatic, intense and real, the play deserves a full house”

“An epic poem, written and performed by Kevin Fegan, who “won’t apologise for poetry” and on this showing has no need – his verse is as tough, topical and streetwise as any disco rap”

“The definitive theatrical experience for the internet generation. An incomparable web of intense emotion, lyrical beauty and gobsmacking imagery.”

“Fegan has never been interested in comfortable theatre – audiences either love him or hate him.”

“Manchester-based playwright Kevin Fegan has become a cult writer since his drugs-and-dance play, Excess XS. Totally Wired deals with the aftermath of the drug and dance phenomenon.”

“A bold, powerful and very moving piece of work that re-examines the Falklands War from the point of view of the ordinary men who took part. Co-written and co-directed by Andy Farrell and Kevin Fegan, 52 Degrees South uses video projection and testimonies by veterans alongside narrative and poetry inside a magnificent exhibition hall.”

“Lyrical and hard-hitting drama, a powerful mix of video and verse,, the video interviews are full-on, a white-knuckle ride.”

“Kevin Fegan’s lyrical dramatisation of the decline of the steel industry is both an education and an elegy. Fegan’s rhythmic, colloquial verse neatly melds the elements of water, fire, earth and air into a double narrative about the visceral nature of steel-making and life itself.”

“Freely adapted by writer and lyricist Kevin Fegan, it is touching, funny and full of authentic spirit. A genuine achievement, it all works wonderfully well.”

“Fegan is still probably Britain’s most underrated playwright. This is a significant adaptation commissioned especially for The Lowry.”

(“Love on the Dole”) CITY LIFE

“A company that specialises in weaving fictions from the real stuff and stories of people’s lives. Everywhere Quarantine delves, it uncovers the extraordinary in the seemingly ordinary and banal. 90 minutes of non-stop energy, offering up these young men exactly as they are. The show manages to be both celebratory and quite extraordinarily moving. The entire evening has a matter-of-fact lyricism about it. You come away with a sense of the fabric and rich emotional texture of their lives that defies all traditional stereotypes of the laddish, emotionally disconnected young man.”

“Crime Lake sounds like a fictional American Summer camp – the sort featured in slasher films like Friday 13th. In fact, it lies somewhere between Oldham and Ashton, and has provided inspiration for the latest community play by one of the North West’s most prolific writers, Kevin Fegan. Over 100 young people have worked with Kevin to help shape the piece into an hilarious, surreal and spooky tale.”

“Contemporary themes, neat rap and lots of fun, a real achievement, something special.”

“What gives this impressive production its heart and soul is the fact that the stories it tells – each of them powerfully illustrating the impact war has on people’s lives – are all true and drawn from the lives of the participants. Directed by Andy Farrell and written by Kevin Fegan, this is a wonderfully ambitious and life-affirming, whilst instructive and thought-provoking, production.”

“Kevin Fegan is the first ever playwright to be commissioned by Mansfield Palace Theatre. The play is based on his home street and characters within his community, a dramatic interpretation of the lives of local residents affected by the derelict Mansfield General Hospital. The script cleverly uses narrative breaks for stories by spirits of the former hospital, mixing horrific and humorous anecdotes to bring the old building to life. The script manages to capture the perfect balance between drama and humour, allowing the audience to relate to the characters and feel their pain, while also providing classic  comic relief throughout.” 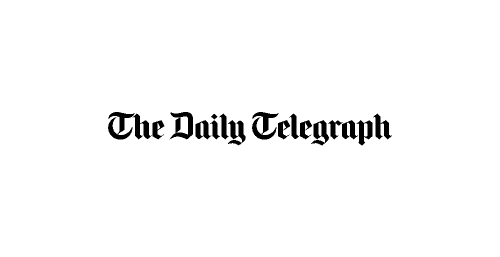 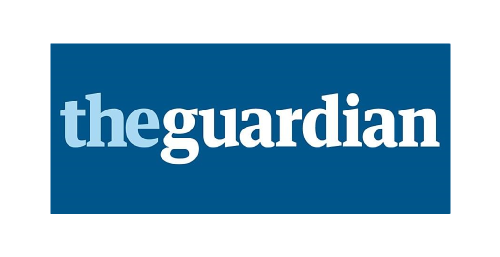 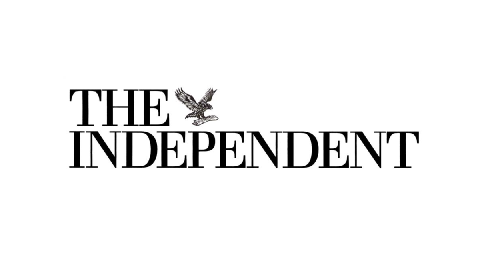 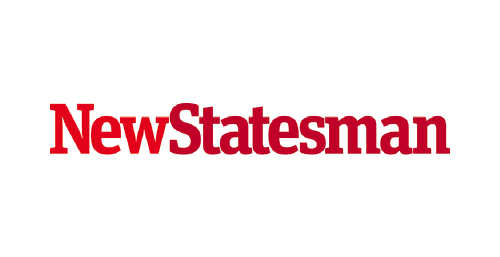 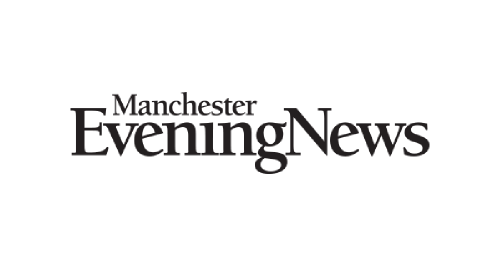 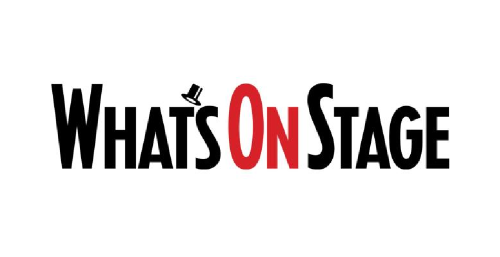 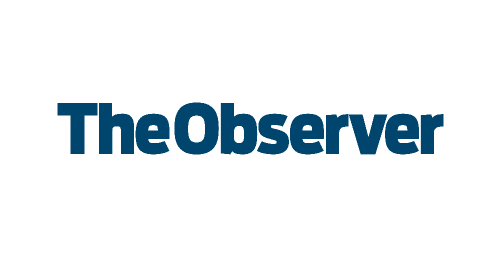